This is a HUGE WIN for Veterans!

Last month, Marine veteran Alex Morales went to the DMV office in California to his license renewed. When he went to get his photo taken the DMV employee asked Morales to remove his USMC hat from his head. ... ...The BADASS part about it is that Morales REFUSED! #BOOM! When he was asked a second time he still refused to remove his USMC hat.

When the DMV employee was asked why he wouldn't remove his hat. Morales replied with "Those men didn't remove their head wear, I shouldn't either," (referencing several other men who were wearing religious headwear.) The employee explained that this was "their attire and their religion."

That is when Morales dropped a massive knowledge bomb on the DMV worker. Alex's wife Henrietta was quoted, "Alex told the DMV person that what he had on was his attire and when he entered the Marines he declared an oath to the USA, and one nation under God -- and therefore his oath was just as good as his religion." .... #BAM #BOOM #SLAP!

Then on Dec. 18, 201, Alex Morales got his new driver's license with his USMC hat proudly featured!

Henrietta Morales posted the story on her Facebook. Since then it has gone VIRAL getting over 320,000 SHARES! #AMERICA!

SCORED ONE FOR VETERANS!!Today Alex went to the DMV to renew his license. When he was told to go have his picture taken...

BadAssVeteran.com is going to be sending this man a huge care-package for standing up for our Veterans, Our Nation & the Almighty God! 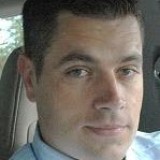 The 13 Most Badass Lines Ever Uttered By American Soldiers